What is a Defra approved woodburning stove?

What is a Defra approved woodburning stove and why would you want one? Stove World UK tells you what need to know about buying a stove if you live in a smoke control area and a little trade secret about why you might want to buy one even if you don't.

What is a DEFRA approved stove?

A Defra approved stove is an industry term for an SE (smoke exempt) stove which has been approved to burn specific fuels in a smoke control area that would usually not be allowed - ie. wood.

The Defra approved logo is very recognisable and it has been adopted by the industry. Defra does not condone or authorise the use of the logo by manufacturers, nor does it pursue the removal of it, most likely because it has been so widely adopted.

If you see a stove with this logo and Defra approved in the title or specification it will be an approved appliance for use in a smoke control area when burning approved fuels, ie. wood.

Stoves that are Defra approved will sometimes have “SE” after their name, meaning smoke exempt.

It's a place where the local authority (ie. the council) has decided you can't burn firewood in your home because it releases smoke into the environment via your chimney.

If you burn firewood in a smoke control area and your stove is not Defra approved, you could be fined up to £1,000 for each offence.

How do I know if I'm in a smoke control area?

The Department for Environment, Food & Rural Affairs. The part of the government (along with The Department of Energy & Climate Change or DECC) responsible for keeping our air free from pollution.

Why does Defra approve some stoves and not others?

Defra approved stoves have an adjustment to the top air vent which prevents you from closing it all the way. When you cut off the air supply to a stove, firewood stops burning efficiently and starts to smoulder and you get more smoke going up the chimney. So, with a Defra approved stove, even if you physically shut the top vent all the way down, it won't let you cut off the oxygen to the point where the fire goes out.

If it has a 5" outlet, does that mean it's a Defra approved stove?

I'm not going to burn wood in my stove, so I don't need it to be Defra approved, right?

Well, yes and no. The government says that if you live in a smoke control area "you can't emit smoke from a chimney unless you're burning an authorised fuel or using exempt appliances". And Defra curates a list of authorised fuels which includes a wide variety of "firelogs" (made from compressed sawdust and other timber waste, often mixed with an paraffin-based fuel to make it easier to light) and briquettes (made from compressed coke, coal, anthracite and other similar fossil fuel).

However, there are people who will tell you that you need an "exempt appliance" regardless of whether you plan to burn authorised briquettes or unauthorised firewood. This is not legally correct but it is a fairly commonly held misconception.

A few of our Defra Approved Woodburning Stoves 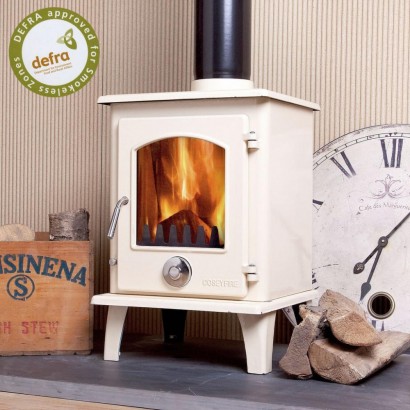 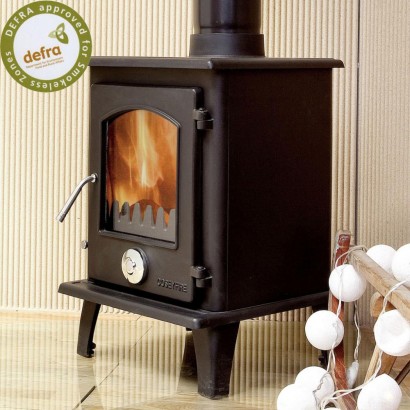