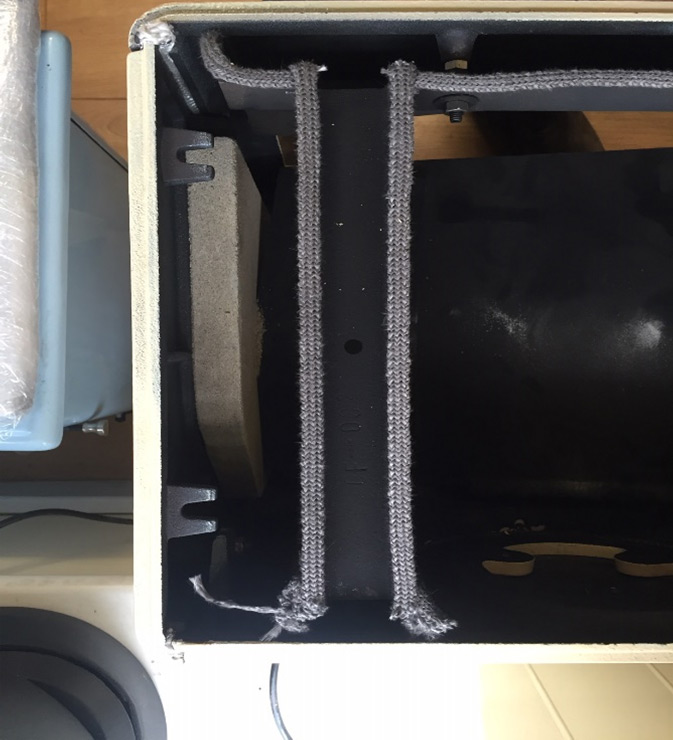 Because of the way they are bolted together, cast iron stoves typically look more traditional, with patterns, lines and ridges.

On other sites we have seen questions asking whether a cast iron stove needs re-building every few years. This should not be necessary. Maintenance for cast iron and steel stoves is the same, including changing parts like fire bricks and fire rope if perished.

The body of a steel stove is often made from a single, folded section with the top welded on to make a sealed unit. The legs will also be welded to the body at the factory. A lot of manufacturers use cast iron doors and internal parts. Cast iron can easily be moulded to create good grooves for the fire rope, fixing points for glass and air vents whereas it is difficult to make the intricate hinge parts and fixings from steel.

Steel stove manufacturing techniques typically produce a more contemporary, modern design that is becoming very popular. But not all steel stoves are ultra-modern designs suitable for minimalistic metropolitan homes; the majority will look good in any classic brick fireplaces.

The most common question asked is whether cast iron will crack. We have sold over ten thousand cast iron stoves over a seven year period and have only experienced a few cracked stoves. This is often caused by over-firing in the early stages; cast iron stoves need "curing" as the fresh cast iron can be brittle fresh out of the mould. It is often the tops that will crack as this takes the brunt of the fire. If the worst did happen in most cases the tops can be replaced simply by unscrewing 4 bolts. This is the case with all cast stoves we have come across - other manufacturers may be different, though.

In our opinion there is too much scaremongering when it comes to cast iron cracking and it is not something to worry about too much if you buy a stove from an established stove seller or brand that has control over the stoves' construction and ensures the cast iron used is good quality.

Always make sure the stove you have includes fire bricks and a baffle plate. These are in there to prevent the flame directly hitting the stove body and top; these take the brunt of the heat and may break over time on any stove and need replacing. We would not suggest using a stove without fire bricks and baffle in place. As for steel buckling, we have seen this before but only once on a stove that had a manufacturing design fault.

If you buy a stove with a thick steel body and top, lined with fire bricks, baffle and used within the manuals guidelines it is not something to worry about in our opinion.

Pros and Cons of Steel and Cast Iron Stoves

In summary there is little between steel and cast iron and if you purchase either from a reputable company we think you will be happily waving the flag for cast iron or steel no matter which stove you buy.

If we had to choose, we would recommend a steel stove with cast iron internal parts as we like the more contemporary style and the fully welded construction is just a little better in our opinion. The majority of manufacturers these days are moving towards steel with the advanced CNC technology. We have a large steel range that we have never seen warp or crack. This range includes the Ecosy+ Ottawa Curve that comes with an extended 5 year guarantee because of the good build quality.

A Few of Our Cast Iron Woodburning Stoves 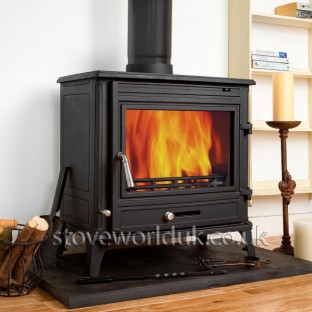 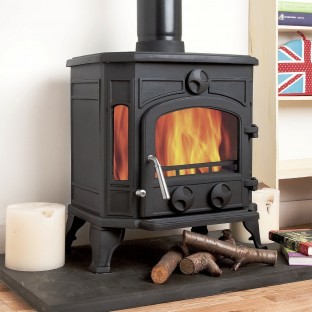 A Few of Our Steel Woodburning Stoves 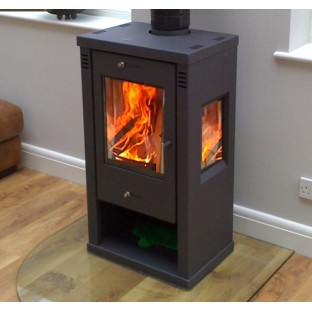